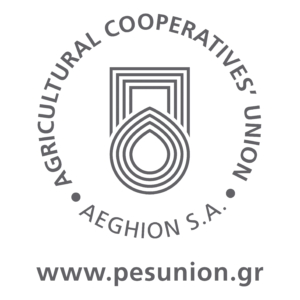 At the beginning of the agricultural cooperative idea and activity in Greece, the Association of Raisin Cooperatives was founded in Aegio in 1918. In 1923 the Raisin Bank Vostitsis was founded. These two Associations merged in 1935 and form the ACUA. The main activity of the new Organization is to collect and market the raisins of its member producers.

In 1948 the first raisin factory is established on the beach of Aigio and the processing and export of the Corinthian Raisin “Vostitsa” begins. It later standardizes and exports other agricultural products such as citrus fruits and olive oil. Today, ACUA collects, packs and exports the types of “Vostitsa”, “Gulf” and “Provincial” currants, with the result that today it is the main exporter of Corinthian currants with about 60% of the total annual Greek production exporting it to more than forty countries. Worldwide.

In 2012, the ACUA is the first cooperative organization to be transformed into a Societe Anonyme. It also carries out a significant commercial activity in the field of agricultural supplies, providing producers with all the fertilizers, pesticides and agricultural machinery necessary for their production. Industrial activities are being developed in the modern privately owned building complex comprising three plants for processing raisins, olive oil and citrus fruits.

The ACUA has three factories, as well as many other agricultural activities. They are certified with the most stringent control systems (BRC, ISO 22000, ISO 9000, FDA, Halal, Kosher). It is the first company in Greece to be certified for its organic products and to date is one of the major producers of certified organic products. Its factories are under strict control by state and European agencies as well as dozens of the largest food companies in the world. It has a quality control laboratory for difficult analyzes, such as mycotoxins and pesticides, which is certified according to ISO 17025 for a series of analyzes in olive oil and raisins. ACUA has been a leader in research issues as it has participated in several research projects of the EU, the GSRT or the Ministry of Rural Development. In some of them he was the coordinator and had the scientific responsibility.